This development augurs well for the peaceful coastal nation, which serves as an economic gateway to several other West African economies. Benin is economically stable, maintaining an average GDP growth rate of 5% over the past five years. Such fundamentals create a natural support system for viable infrastructure investment.

Andrew Alli, President and CEO of AFC commented: « We are happy to welcome the Republic of Benin to the membership of AFC. Benin is strategically located. Through this partnership, we believe that Benin will be able to realise its full potential as an important corridor for economic activities in West Africa.

With the right infrastructure; taking into consideration regional economic flows, the country is well positioned to significantly service all its neighbouring countries. As a member of AFC, Benin will have access to AFC’s technical expertise and financial resources in the development, financing and execution of infrastructure projects in the Transportation, Power, Telecommunications, Natural Resources, and Heavy Industries sectors. »

Hon. Romuald Wadagni also commented on the announcement: « We are excited at the prospects of partnering with AFC to drive infrastructure development in Benin and across West Africa. As is well known, investments in infrastructure are directly linked to economic development. Our membership in AFC bodes well for the country and the entire West African region. » 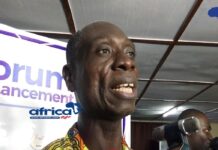 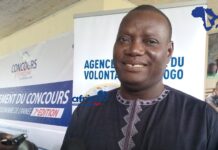