Dankwaa Nana Akufo Addo is tremendously engaged in the political talks between ruling party and opposition to find a peace agreement to the political crisis the country is going through since August 2017. The president of Ghana told an American official in Accra that the freedom of Togolese was not negotiable, and he is engaged for that, as a facilitator.

“The interests of Ghanaians and of Ghana’s political leaders are in the peace and stability of Togo, and the freedom of the Togolese people was not negotiable”, he told the Acting chief executive officer of the Millennium challenge corporation (MCC), Jonathan Nash.

Information gathered by Africa rendez-vous, revealed that the President of Ghana, Facilitator in Togo, expressed his hope that sooner rather than later, a solution will be found to the impasse in Togo, so that peace, stability, the consolidation of democracy and the rule of law, which are the demands of the Togolese people, will be realized in Togo.

According to Jonathan Nash, the Millennium Challenge Corporation was considering an investment in Togo, but had to postpone it because of the ongoing political crisis in the country. “One of the things we were looking for was the launch of a dialogue. Because of your leadership, and what you have done on the ground, we are now prepared to take this investment to our Board of Directors in the coming weeks. Assuming that things continue to move in a positive direction, hopefully our board will approve it, and we can begin an investment to Togo ”, said Jonathan Nash to the President of Ghana.

This discussion was held on 24th February, 2018, when Mr. Nash paid a courtesy call on President Akufo-Addo, ahead of the holding of the Winter Meeting of the National Governors Association of the United States of America, where the President will become the first African leader to address the 50 US Governors at an NGA meeting.

Togo, a small West African country is going through a political crisis since August 2017. Fourteen opposition parties organized in a Coalition asking for constitutional reforms targeting among others, limit to presidential terms.

Faure Gnassingbé, President of Togo, is in his third term (13 years in 2018) and could stay in power as long as he wishes, since there is no limit to the presidential term in the Constitution. He came in power 2005 after the death of his father who has ruled the country for 38 years.

Should we recall, President Akufo Addo is leading the facilitation in Togo between both parties. 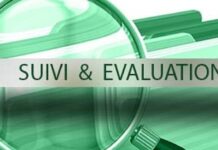 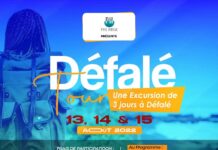 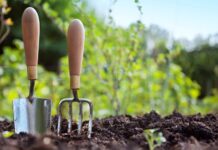