The African Export-Import Bank (Afreximbank) will allocate $500 million from its Nigeria-Africa Trade and Investment Promotion Programme. This, to support Nigerian manufacturers to take advantage of the opportunities offered by the African Continental Free Trade Area (AFCFTA) agreement,

The annoucement was made in Lagos by Bank President Prof. Benedict Oramah. He said that the facility would support Nigerian manufacturers to expand trading in their products into, and to source raw materials from, other African countries.

It would also support them to adjust to any difficulties that might arise due to the implementation of the AfCFTA agreement, he continued, adding that Afreximbank officials would meet with representatives of MAN to work out the implementation modalities, terms and conditions for the facility.

President Oramah said that the opportunity for African manufacturers under the AfCFTA was phenomenal and that intra-regional trade in manufactures could rise to more than $150 billion by 2022 as a result of the entry into force of the agreement.

According to him, the coming into force of the AfCFTA opens the wider African market to Nigerian manufacturers, creating a market of 1.2 billion people and a combined GDP of about $2.5 trillion. The preferences that the AfCFTA offers can make Nigerian manufactured goods more competitive in many African markets and can also make it possible to achieve integration into regional and global supply chains.

Prof. Oramah recommended that Nigeria should prioritise labour-intensive light manufacturing in its industrial policy in order to enable manufacturers and others to begin to appreciate that the country’s most abundant resource was its labour. Private sector-promoted heavy industries should be supported under a special arrangement that targeted the production of critical industrial raw materials, such as petrochemicals, machine tools, cement, steel, he added. 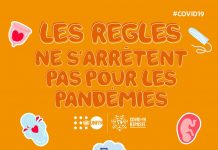 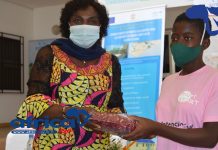